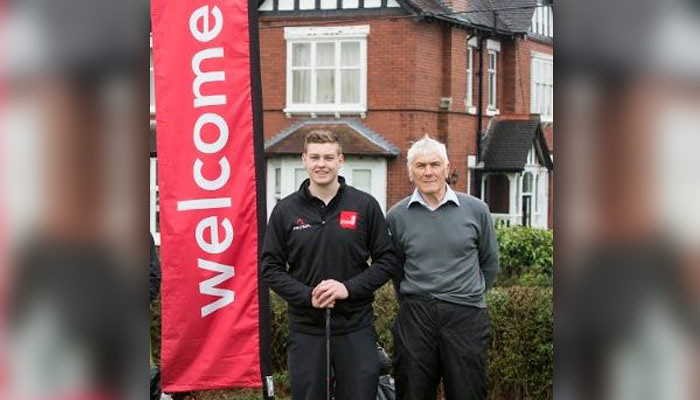 Firstly I’d like you to think of a high profile example whereby an elite performer has choked?

Personally the first performer that springs to mind is Rory McIlroy.

At the 2011 masters carding a final round of 80 having lead by 4 shots going into it. All of a sudden McIlroys game deserted him, all eclipsed by the hook shot on 13. It eventually left him 10 shots back of the eventual winner Charles Schwartzel. So this post aims to answer the following questions.

What is the definition of a choke? Why does it have such an effect?

Psychological processes such as stress, anxiety and arousal are part of our everyday lives. These naturally occurring phenomenon are even more evident within sports performance.

The pressure to consistently perform to a high standard is ever more present now than it ever was.

When Athletes do perform badly the sport media industry seem particularly obsessed with labelling these occurrences as ‘choking. Choking is not merely a poor performance, “Choking is a significant even unusual, performance decrement in response to the pressure of needing to perform well in situations with a high degree of perceived importance”. It results in performance decrement which is usually significant enough to affect the outcome, moreover a single incident choke could potentially have detrimental effects on future events.

Choking has such an effect on performance as it distracts athletes from focusing on task relevant stimuli thus narrowing the attentional field. This distraction hampers the athlete’s ability to comprehend and mentally process their natural anxiety-related thoughts (self-doubt, fear of failure and negative evaluation).

This process is associated with increased anxiety levels which also lead to the production of irrelevant thoughts.

Such as outcome of performance or negative evaluation from others, whereas in truth they should be focusing on processes required for successful performance.

This also supports the model of individual zone of optimal functioning (IZOF), which is one of the most popular models that accounts for the effect of arousal on performance.

IZOF suggests that there are individual differences in the way that people respond to anxiety.

Therefore each individual has their own preferred level of anxiety which allows them to perform at their optimal.

Theorists did suggest that under pressurized situations athletes focus too much on the skill and movement execution. We know is process as explicit monitoring. This occurs when the athletes tries to reinvest in existing knowledge of skill in order to control the outcome.

This also relates to the conscious processing hypothesis.

Another credited explanation for choking stems from the drive theory. This theory hypothesized a linear relationship between arousal and performance where, as arousal increases. So does the quality of performance, as cognitive anxiety/ arousal increased, performance levels decreased in swimming.

However this theory is now regarded as too simplistic as even the most skilled Athlete experiences deterioration in performance.

That means when arousal levels become too high as outlined by the Inverted U theory. According to the theory performance will improve as arousal increases until it reaches a point of optimum performance. After that if arousal continues to increase performance will start to deteriorate which can lead to choking.

I hope you have enjoyed reading this post, I find the concept of choking particularly intriguing as you can physically see the effects taking place when an individual experiences choking, from someone who looks indestructible the effects of choking are devastating. As Sport psychologists it’s usually very hard to pick individuals up from the experience of a choke. One technique commonly used is too give the individual the skills and tools so that they can recognize symptoms. And then effectively deal with the psychological consequences of choking.

Once again if you have any questions or queries please feel free to contact me on my email below.
bcfc_focc(at)hotmail.co.uk