Celebrity Special – Telly Savalas, Kojak, Kojaking. One of the biggest celebrities (other than golf professionals) that I became friendly with, if not quite a friend was the late Telly Savalas.

Perhaps best known for his long-running role as Theo Kojak.

I got to know him through the Bob Hope British Classic and later the 4 stars, which were held at Moor Park near Rickansworth. As this was near my aunt’s house I could afford to go especially as I was starting to get regular guest passes.

These not only saved me money but got me into the clubhouse. 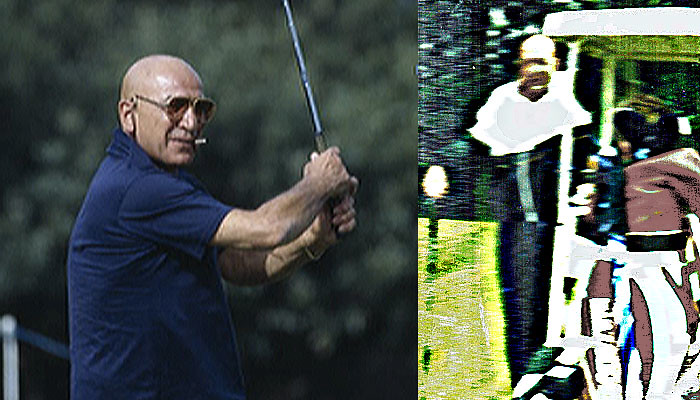 I went in early one morning and went to get some coffee. Telly, his brother and a friend were there, they motioned me to sit down, Ashort while later they were getting refills and asked me if I’d like one. “Yes please, Thanks” was the only real reply. Telly didn’t stay with us long, he had things to do etc. but I got chatting with his brother Gus.

Telly came back a short while later and handed a bunch of to his brother Celebrity Club day passes.

Over the years I got some other passes from them and one year I met up with the man who had played “Sapperstine”  in the series.

We had lunch together in the Celebrity Club.

I ended up avoiding Henry Cooper’s elbow as the leftie was seated beside me.

I also spent more time watching Gus, rather than Telly. 1) He needed support 2) He was the one who actually gave me the tickets 3) Often too many people watching Telly and 4) I liked Gus, even more so when he introduced me to his wife. I liked her too!