Growing with the European Tour

Growing with the European Tour. My first live tournament was the final day of the Hennessy in Portmarock. 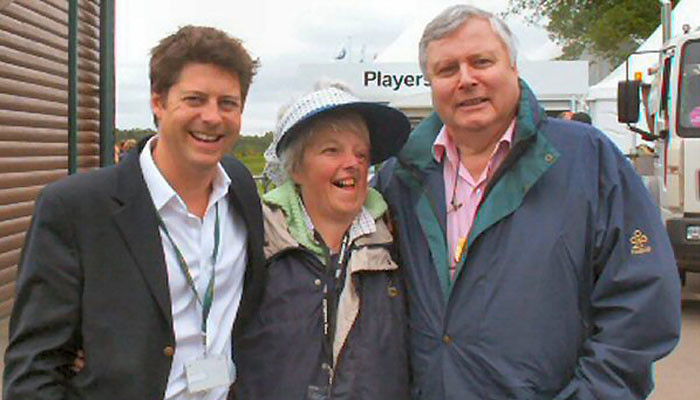 Too many boys were pushing me out

I was 8 or 9. Dad took me for the Saturday afternoon. All I remember from that one is being more than happy, gawping around, walking with Dad with Christy Senior.

And I was being unable to get autographs, too many boys pushing me out.

I also had to spend most of the time with Dad was sussing it out, but at the Irish Hospitals event the following year at Woodbrook he let me go off on my own for short periods.

The only girl in the gallery

That became standard I’d catch up with him and Christy I would try to fit in Peter Alliss, Joe Carr and Harry Bradshaw. The order was depending on the draw.

Over the years I became known to them as I was usually the only girl in the gallery.

Getting autographs was tough as the players would duck into the clubhouse by the time it was nearly MY turn.

I did a sneaky thing one year to make sure I got Peter Alliss’s autograph.

I was behind a number of boys and was afraid I’d miss getting it AGAIN. SO I made a decission to slip around the back of the clubhouse and approach from the front. Perfect timing. I stood still as they approached.

The boy who was next did push me to keep his place.

Peter noticed the extra pushing, looked up, saw me, smiled and said “Ladies first” and took my autograph book.

Little did we suspect that this was the start of a long term relationship.

The die was well and truly cast

Walking some holes with Christy O’Connor Senior meant I met Junior who was a year younger than me. We would walk behind his big brothers with the Dads not too far away, and get chatting. When he was about 13 he did tell me that he wanted to be a pro when he grew up.

I remember saying I’d like to be one too and he replied “You can’t. You’re a GIRL”.

He was right there were no lady pros in Europe (European Tour) then and very few in the U.S.. So I made a decision that if I couldn’t be a pro I’d be a top class spectator. The die was well and truly cast. Click here to read the 1st part of the story.

This is the excerpt from Anne Duffy’s Golfing Memories. All content is written & photographed and copyrighted by Anne Duffy. We’re publishing the memories with kind approval of her. Read the beautiful stories from her life as a golf analyzer, coach & supporter.